Arya Permana who hails from West Java, Indonesia was named the heaviest child in the world when he started gaining weight abnormally.

Arya Permana who hails from West Java, Indonesia was named the heaviest child in the world when he started gaining weight abnormally from the age of 2.

By 12, he weighed a staggering 192kg, making it difficult for him to move around, or even play with other kids.

His parents struggled to find him clothes that fit. Their earnings were not enough to provide food for the growing child, who typically ate twice the amount of a regular adult.

His plight got the attention of a few doctors in Indonesia, who were determined to make a change in the young boy's life. 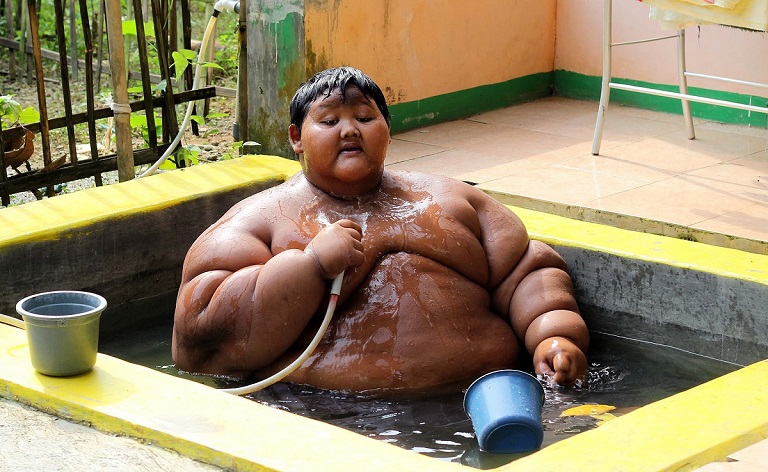 Arya, whose only wish was to lose weight and be normal like other kids, was given a gastric bypass surgery to kick start his weight loss journey, and was put on a sugar-free diet and exercise.

He took up walking at least three miles a day and played badminton with his friends; tasks which seemed impossible for him previously.

Now he has been dethroned from his title as the heaviest child in the world, after making a massive transformation by losing over 100kg.

This is what Revathy Suresh wrote on her social media after losing over 20kg weight...

India's legendary freedom fighter made some pretty radical choices in his life.