With 24 confirmed deaths so far - 61 were safe, and nine are still missing.

Revathi
As the rain pours, rescue teams are hammering day and night to find the rest of 9 victims who were caught in a landslide near a campsite at Father's Organic Farm in Batang Kali near Genting Highlands.

Since the worst tragedy took place yesterday, the entire Malaysia was not just praying and mourning for the victims. For many of them, it felt almost like the loss of a family member.

With 24 confirmed deaths so far - 61 were safe, and nine are still missing. The authorities are still ascertaining the exact number of victims, but it remains at 94 as of now. 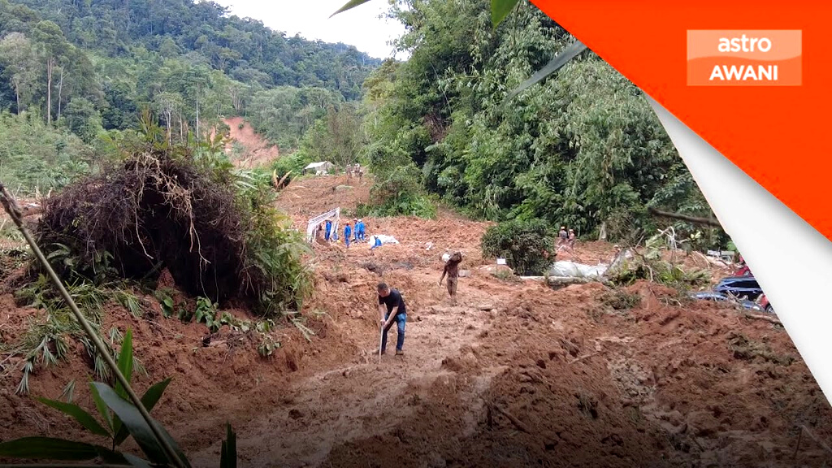 Let’s look at the timeline of the Batang Kali landslide tragedy:

On Friday (Dec 16), a landslide struck at Father's Organic Farm campsite on Jalan Genting - Batang Kali around 2.42am, when campers were sound asleep.

10.00 am: Eight campers confirmed dead. The Prime Minister has ordered search and rescue missions at Father's Organic Farm in Jalan Genting-Batang Kali to be carried out meticulously and systematically.

1.00 pm: "My family and I were trapped as soil covered our tent. We managed to escape to a car park area and heard a second landslide happening," he told the media members. It was surprising because there was no heavy rain in recent days, only drizzles. - Leong Jim Men (Survivor of Batang Kali Landslide)

The death toll rises to 16.

4.00pm: According to Nga Kor Ming, Minister of Local Government Development, the campground has been operating illegally for the past two years. The owner is permitted to run an organic farm but has no license for camping activities. If the camp operator could face up to three years in jail and a fine.

5.00pm: As the mud and fallen trees engulfed the unlicensed campsite, the uncertain weather hampered the efforts of the rescue teams. Death toll rises to 19. As the number keeps increasing, family members can be seen being restless. As of 7.00am: Stepping into the second day of the search mission. SAR efforts resume along with the K9 tracker dog.

9.00am: Singapore nationalities were among those rescued from the campsite.

11.00am: Family members arrived at Sungai Buloh Hospital for the victim's identification.

2.00pm: Two bodies have been found from the landslide.

5.40pm: The body of a girl has been found at the landslide site of the Father’s Organic Farm campsite, taking the death toll to 24.

Tan Sri Acryl Sani Abdullah Sani, the Inspector-General of Police stated that the body of a girl, whose age has not yet been ascertained, was discovered in the Hillview search area (Sector A) at 4:05 pm and was then sent to Hospital Sungai Buloh for a post-mortem.

Prime Minister Datuk Seri Anwar Ibrahim, who visited the scene earlier today, said that the government will provide the family RM 10,000 in aid to families of every person killed, while survivors would receive 1,000 ringgit per household.

According to the fire and rescue department's state director, the earth fell from an estimated height of 30 metres and covered an area of about an acre (0.4 hectares).

An initial investigation showed an embankment of about 450,000 cubic metres of earth had collapsed, according to the minister of natural resources, environment, and climate change, Nik Nazmi Nik Ahmad.

As a precaution, the government imposed a seven-day immediate closure over all camping areas near rivers, waterfalls, and cliff faces.

The Local Government Development Minister Nga Kor Ming said all local authorities have been informed of this and that closure will remain in effect until the government issues new instructions.