CMCO: Hindus To Know On Thursday About Reopening Of Temples

CMCO: Hindus To Know On Thursday About Reopening Of Temples

The government is expected to announce on Thursday, whether temples will be allowed to reopen, under the Conditional Movement Control Order (CMCO).

Malaysia Hindu Sangam president RS Mohan Shan, in a statement today, said the decision was taken in a meeting between the Health Ministry, Ministry of National Unity, and the National Security Council, earlier this morning.

"In this meeting, it was decided that houses of worship will be allowed to reopen at a certain time on just a few days in a week, to a limited number of devotees.

"The Standard Operating Procedure (SOP) on this matter is expected to be finalised this coming Thursday (May 21)," he said.

According to Mohan, the measures that will be announced will apply to temples nationwide.

Therefore, he urged all temples to refrain from reopening, pending the announcement.

View the statement in full, below: 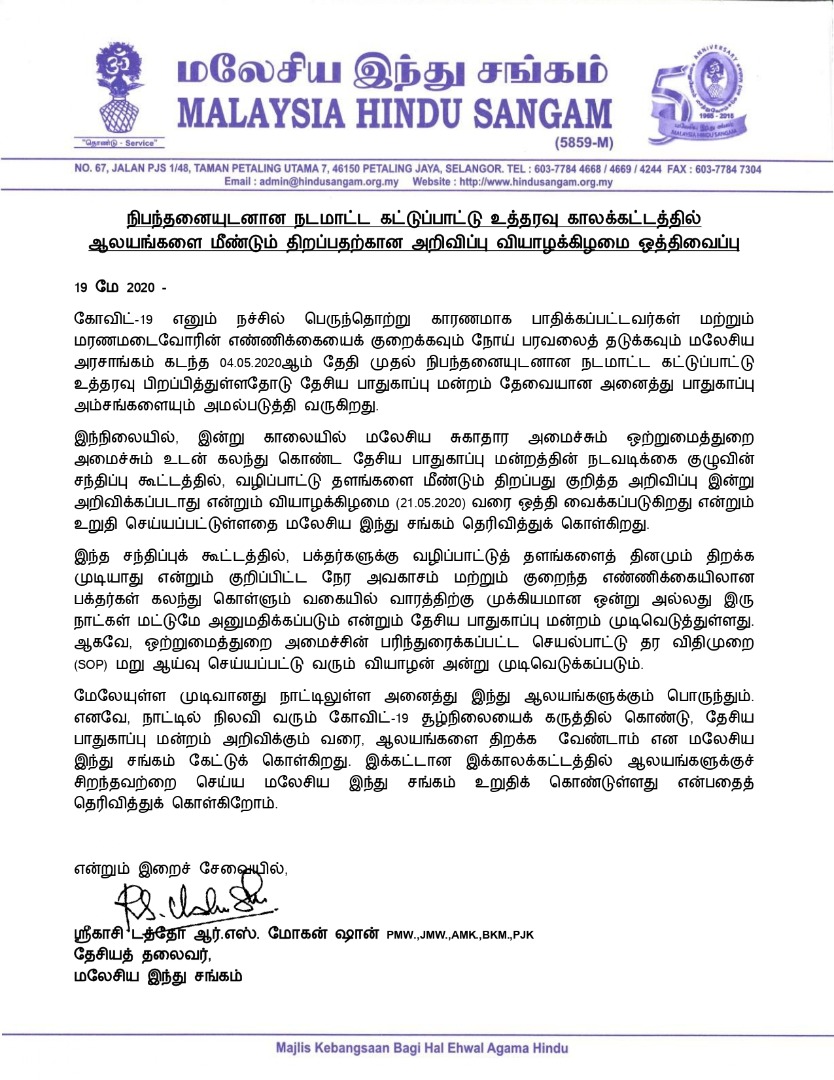 Today, 37 new COVID-19 cases, and one death, were announced, bringing the total number of infections and fatalities to 6,978, and 114, respectively.

Globally, the disease has infected more than 4.9 million people and killed over 320,000.
#News#covid19#cmco