The families of the 12 men arrested and charged with alleged links to the Liberation Tigers of Tamil Eelam (LTTE) militant group are in dire straits following the episode.

According to The Malaysian Insight (TMI), the hardship endured by the men's families include being stigmatised, having their businesses shunned by customers, and their relatives abandoning plans to further their studies due to lack of funds, as the detained men were sole breadwinners.

One such sufferer is N Lalitta, 55, whose husband B Subramaniam was one of those detained.

On the day of his arrest, black-clothed policemen stormed their restaurants, pointed guns at the dining customers and ordered them not to make any video recording of the operation on their mobile phones, she recalled.

"Since then, customers have shunned us. They no longer come to our restaurant. I don't know how I'm going to fund my children's studies at college, as I depend on the business at the restaurant," she was quoted telling the news portal.

The family of DAP's Gadek assemblyman, and Malacca exco member G Saminathan is now totally dependent on the aid given by the party.

Saminathan's wife V Umar Devi, 31, said: "My husband has been the only one caring for me and our two children, two of his sisters and their six children as well.

"We have nothing left to sustain us. The children miss him terribly and our only hope is that the government can heed our plight," she was quoted saying. 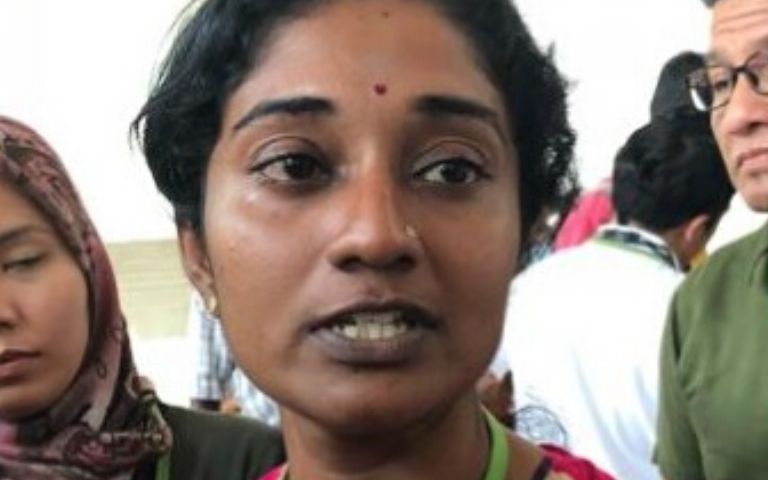 As for S Kaviarasuroy, 22, he had to stop studying as he could not pay his college fees, following the arrest of his elder brother S Thanagaraj.

Saminathan, along with another DAP assemblyman, P Gunasekaran (Seremban Jaya), and three other DAP members were among 12 men picked up under the Security Offences (Special Measures) Act (Sosma) in early October, for alleged links with LTTE.

The men have since been charged with supporting the now-defunct militant group, and face up to 7 years in jail, or a fine, or both, upon conviction.

This morning, about 80 relatives and extended family members of the detainees marched to the Parliament to submit a memorandum to Prime Minister Dr Mahathir Mohamad and Dewan Rakyat Speaker Mohamad Ariff Md Yusoff, demanding the release of their loved ones.

The LTTE was embroiled in a civil war with the Sri Lankan army for almost three decades, in its quest for an independent Tamil state in the north and east of the country.

It is listed as a terrorist organisation in dozens of countries. Its reign ended in 2009 when the group was defeated by the Sri Lankan military.