Meet The Dr Who Treats The Homeless & Poor For Free

'Do good by stealth, and blush to find it fame', so said Alexander Pople, one of the greatest English poets ever lived.

"Do good by stealth, and blush to find it fame", so said Alexander Pople, one of the greatest English poets ever lived.

These words hold true for Dr Madhusudhan Shanmugam, who is fondly known as "Teddy Bear Doctor".

The 37-year-old has been providing free medical care to the homeless and the disadvantaged who cannot afford to seek medical treatment, otherwise, in the streets of Kuala Lumpur, for the past four over years.

"I do it for charity, not for fame or fortune. Some say I do it for publicity.

"It was heartbreaking at first, but now I'm used to such claims," the cherubic doctor, who also runs a normal clinic in Cheras, told Astro Ulagam during a recent interview.

Madhusudhan's penchant for charity began at home, quite literally, when growing up, he saw his father, who is also a doctor, provide cheap or free medical care for his poor patients in Kampung Jawa, Klang.

As he grew up, Madhusudhan and his school friends still got involved in charity - by going to homes and entertaining the residents there, as they did not have much money to donate then.

His days of volunteerism began with the Kechara Soup Kitchen, before he eventually established the "Teddy Mobile Clinic" in 2015 to provide medical care to the homeless in Jalan Hang Lekiu and the homeless shelter in Jalan Pahang, for free, every Wednesdays.

The nickname "Teddy Bear Doctor" came from his young patients to whom he gave teddy bears during his visits.

At first, Madhusudhan operated his mobile clinic off his own car, but about two years ago, his band of volunteers pooled in money to buy a second-hand van for the purpose.

The expenses for running the clinic also initially came from Madhusudhan's own pocket, but as the word spread, donors started dropping off their unused medications at the mobile clinic as well. Madhusudhan's pharmacist sister also helps out with the medicine supply, whenever she helps out at the clinic.

The initiative started off with about 10 volunteers, but the number has now swelled to 100, including several doctors. Together, they attend to about 50 patients a week. 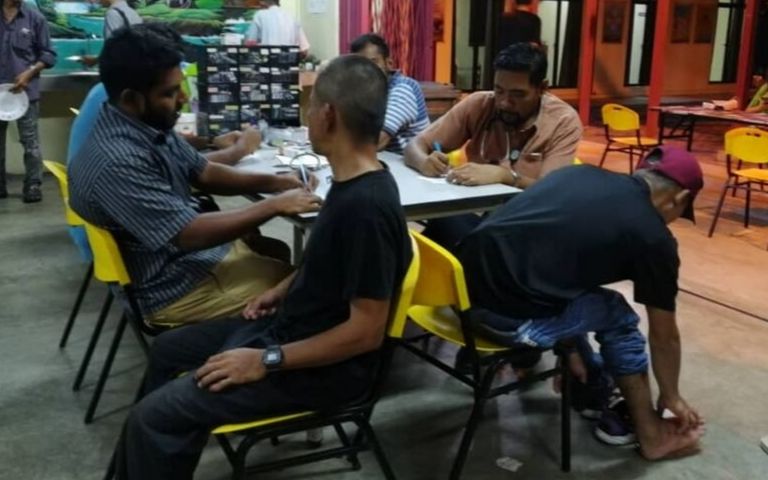 Besides running the Teddy Mobile Clinic, Madhusudhan and his team of volunteers also provide grocery supplies and medical care at predetermined homes and poor families in the Klang Valley, and on weekends, conduct medical camps for the Orang Asli and refugees.

Despite his altruistic deeds, Madhusudhan does have his fair share of critics.

"They are those who claim that I do this for fame and publicity. At first, I was heartbroken by such remarks, but now, I'm used to it.

"There is no basis in them saying that I do it for money or fame, because I almost always exhaust my own savings to conduct free clinics and medical camps," he said.

And then there are also those who try and take advantage of Madhusudhan's generosity, by demanding more than what they need, after receiving his attention.

The situation can also sometimes turn violent at the clinic, he said, when his patients try and fight over medicines that are hardly available.

"They are also some rude patients who walk off if it takes longer than usual to attend to them, but I'm now immune to all that."

Whenever he goes back to his parents' house in Klang for the weekend (he stays in his clinic in Cheras on weekdays), he volunteers to cook for them. 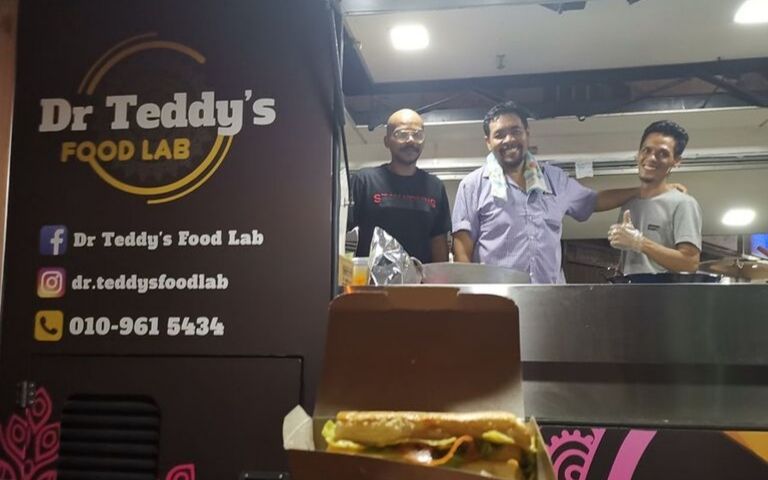 The food truck, which runs every night, except Tuesdays and Wednesdays, serves dishes ranging from nasi lemak, to chicken and mutton-based dishes.

Madhusudhan himself can be often sported cooking for his customers, but his volunteers are ever ready to help out.

The doctor, who also used to tip the scales over 150kg until last year, has taken the initiative to shed about 50kgs after a couple of health scares, and it is still a work in progress.

"I thought I would lead by example (by shedding the extra weight)," he quips.

On whatever little time the doctor can find between his schedule managing a medical practice, charity, and food business, Madhusudhan loves making Tik Tok videos with his family members, with his mother prominently featuring in many of them.

Madhusudhan is now admittedly "single and happy" but admits that he may get hitched, if he finds a girl who will not come in his way of charity.

For his free medical service initiative, Madhusudhan was in April last year awarded the Commonwealth Point of Light by Queen Elizabeth II award.

He was the first Malaysian to receive the personalised certificate signed by Her Majesty The Queen as Head of the Commonwealth, and presented by the British High Commissioner to Malaysia, Vicki Treadell.

On the award, Madhusudhan said that getting recognised and awarded was not his initial motive on getting started on the mobile clinic, but nevertheless, attributed it to his team of volunteers.

"My volunteers are like family to me, and they are the ones who keep me going."
#News#drteddybear