Shuman
Prime Minister Muhyiddin Yassin and his cabinet have pledged to donate their two months' salary to the COVID-19 fund, launched earlier this month.

According to a statement by the Prime Minister's Office this afternoon, the decision was taken in a cabinet meeting yesterday.

"This move shows the government's commitment to helping those affected by the COVID-19 outbreak," read the statement.

Here's the statement in full: 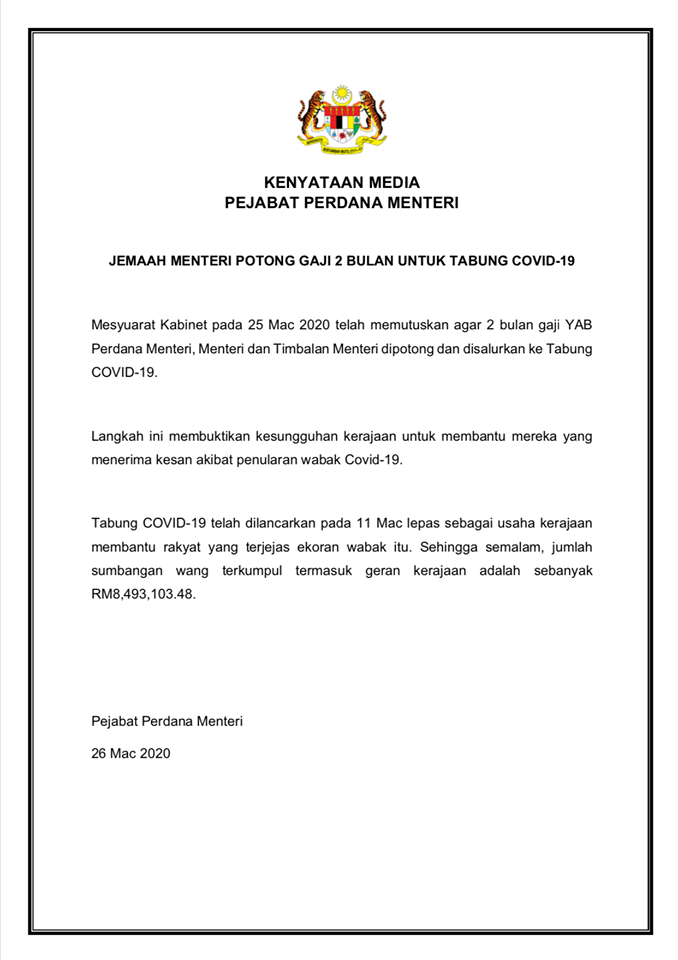 The COVID-19 fund, launched on March 11, has thus far garnered over RM8.4 million, including in government grants.

Besides Muhyiddin, the move would also involve 31 full ministers, and 37 deputy ministers in his cabinet.

Collectively, their contributions are expected to amount to about RM1.7 million, reported Malaysiakini.

Earlier today, it was reported that 7 staff of the Istana Negara have tested positive for the disease, driving the King and Queen under quarantine.

Although the royal couple have tested negative, they are nonetheless, in a 14-day self quarantine, Comptroller of the Royal Household Ahmad Fadil Shamsuddin said in a statement today.