Shuman
Autistic children are not mentally retarded, and having the condition does not ring the death knell to one's normal life.

On the contrary, people under the autism spectrum disorder are often very smart and can function better than most adults in various fields, including music and arts.

So said Thila Laxshman. She knows better, having raised a child under the spectrum and even runs an NGO dedicated to the cause.

The 46-year-old singer started the Love Autism Society of Malaysia (Persama) in 2012 to raise awareness about autism and to guide parents who have children under the spectrum.

Astro Ulagam spoke to the inspiring woman, who recalled her journey with her beloved son Danvi Laxshman, now 21.

Thila said her world "came crashing down" when the boy was diagnosed with the condition, when he was about three.

"Like all women, I cherished the experience of getting pregnant and had big dreams for my child," she said.

Danvi was born normal, but when she started noticing changes after he turned one. He started avoiding physical interaction, eye contact, and even stopped speaking the few words he could utter.

It was only when the toddler started looking like he was in "his own world", did the parents take him to a few doctors, who diagnosed him with autism spectrum disorder, under the non-verbal subset.

It was about this time that Thila secured her "dream job" but she had to quit after a short period of time, to look after Danvi.

"It has been a deep and challenging journey so far, but at the same time, it is satisfying.

"I may not be the Thila I am today, if I did not have Danvi in my life," she said.

Thila raising Danvi is all the more impressive as she has largely shaped him thus far, mostly without medication.

She uses holistic methods, such as the Applied Behavior Analysis (ABA), which is a therapy based on the science of learning and behavior in dealing with those under the spectrum.

"Patience is key when dealing with those under the spectrum. For instance, they can get very aggresive for reasons unclear to us.

"When they have those episodes, it is up to us to explain to them and calm them down," she said, citing a recent instance where Danvi became agitated while being confined mostly at home during the Movement Control Order (MCO).

The aggressive episodes can also turn violent if not attended to in time, such as autistic persons banging themselves against the wall, she added. 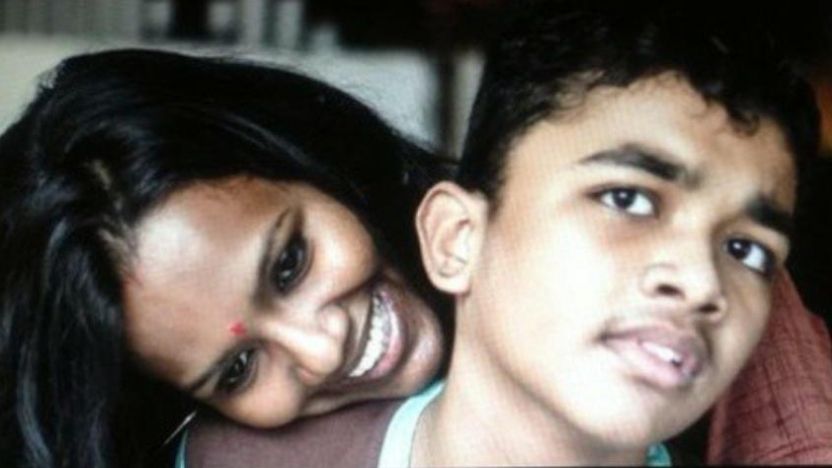 Such outbursts in children under the spectrum are often mistaken for mental illness, especially among families who are not aware about autism and its related symptoms.

"There are also those who give it a supernatural twist, such as taking the child to a shaman, and so on."

This is where Persama plays a part - in educating those around people under the spectrum about the condition, and how to deal with it. The NGO currently has about 300 parents as members, nationwide.

Those dealing with autistic persons must teach the latter enough live skills to fend for themselves, once they are gone, Thila noted.

"We must leave our legacy. To me, the question of what will happen to Danvi when I'm not around anymore always bugs me, so I do my part in teaching him the necessary skills to face his own life."

The bright and handsome Danvi is currently learning some art and indoor works, she proudly exclaimed.

A good support system is also crucial for dealing with autism persons, she stressed, personally citing her mother Rajee Maniam, for being "Danvi's best friend."

"She is the one who helps me take care of him when I have to go for shootings or song recordings. Danvi is also calm with her.

"Even when there had been instances where she has had a tough time dealing with Danvi, she handled it herself, without calling me for help," Thila said.

"I would say my mother is my biggest blessing."

As for the biggest challenge in being a parent to an autistic child, Thila said it is the communication barrier, especially when Danvi is a non-verbal autistic person.

"If he's having an outburst, it is very hard for me to figure it out as I don't know what's causing it, as he can't relay it to me.

"I'm in the midst of teaching him the picture exchange technique, so that we can bridge the communication gap," she said.

Handling an autistic child needs concerted effort between his or her parents, she stressed, as it can be extremely tough going at it alone.

Parents of austistic children should also connect with other parents, as there are various NGOs for the cause, she noted.

"If you find yourself in a hard time dealing with an austistic child, know that you are not alone.

"In today's connected world, help is just a button's press away. Connect with other parents, always be open, submissive, and never ever compete in who can be a better parent."