mag
The relationships in the television and film industries are fragile and tend to fall apart due to the public attention it receives. But these television actors proved otherwise after falling in love with their co-stars at the set of their serial: Devadarshini and Chetan are prominent television actors in the 90s who turned into supporting actors in Kollywood. During the initial stage of their career, the actors played the lead in the hit series 'Marmadesam - Vidathu Karuppu' that aired in 1997. The couple tied the knot in 2002 and has a daughter who debuted in cinema in a minor role. 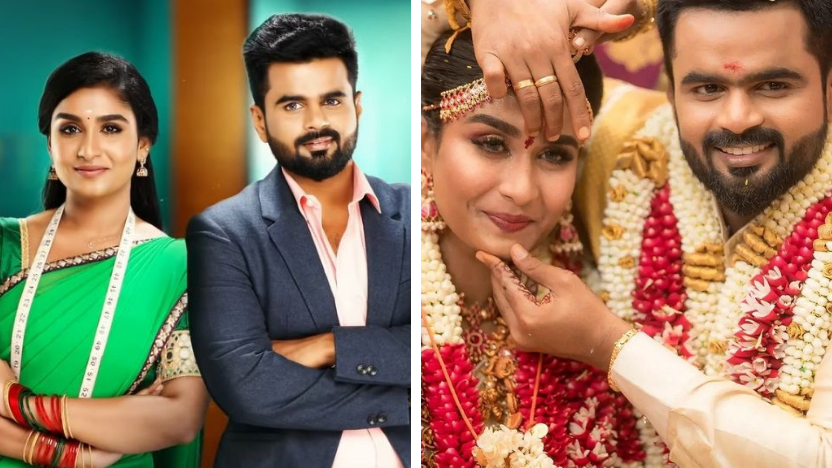 Madhan Pandian and Reshma Muralidharan are an on-screen pair who turned into a real-life couple. The duo started as co-stars in the 'Poove Poochudava' serial and later played the lead pair in Color Tamil's 'Abhi Tailor' serial. After falling in love on the set and stayed in a relationship for several years, the couple tied the knot in November 2021. Television actor Sidhu Sid who is currently playing the lead role in 'Raja Rani 2', and Shreya Anchan who was last seen in 'Anbudan Kushi', played the on-screen pair in 'Thirumanam' - a famous Color TV serial that aired in 2018. The actors turned into real-life lovers after playing a reel pair and got married last year in a grand wedding ceremony. Popular reel-couple turned real-life couple Sanjeev Karthik and Alya Manasa are now the proud parents of two children - Aila Syed and Arsh. The couple who met on the sets of 'Raja Rani', fell in love and tied the knot against their parent's blessings in 2019. 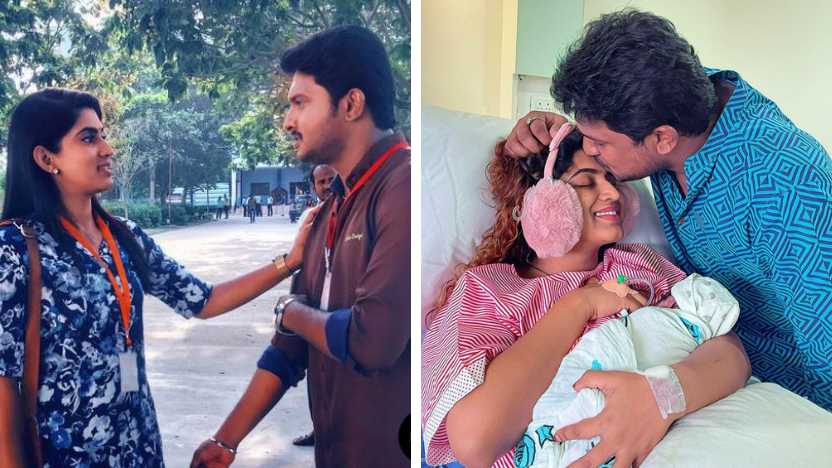 Actors Syed Anwar and Sameera Sherief played the lead pair in the 2016 television serial 'Pagal Nilavu', before walking away from the drama due to creative differences. The reel couple was in a love relationship for almost 4 years, before getting married in 2019.
#Love#Entertainment#Serial#Reshma#alyamanasa#rajarani#abhitailor#madhan#Thirumanam#sidhusid#sanjeevkarthik#chetan#devadarshini#pagalnilavu#sameera#shreyaanchal#syedanwar#television#vidathukaruppu