Revathi
Astro customers can stream their favourite hit films from Sony Productions, on Astro Best via TV (Ch 481), On Demand and Astro GO and stand a chance to win exciting Sony prizes including 32” Smart TV, a Wireless Gaming Headset, a Soundbar with Wireless Subwoofer and Wireless Headphones; as well as vouchers and gift cards from Parkson, Giant, Starbucks, Senheng and Grab with the ‘Rent and Win with Sony Movies’ from now till 31 December 2022. 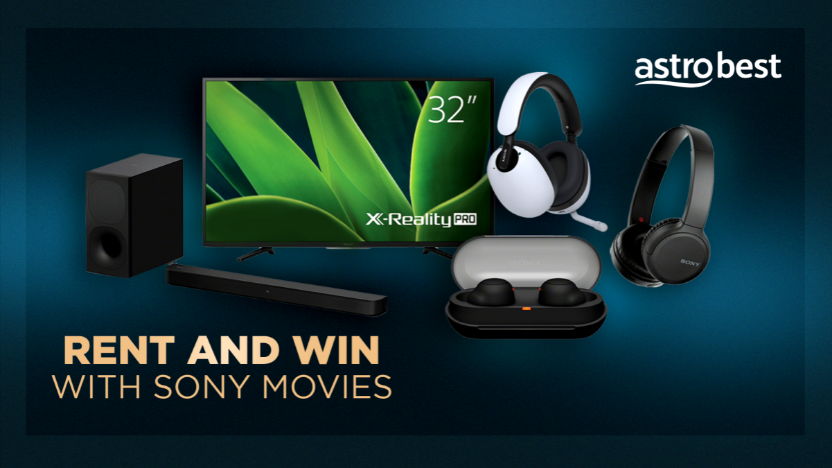