SIDAMBARAM, Kirthiga
Daniel Pope Annie is a Tamil film actor who participated in the famous reality show Bigg Boss S2. The actor is well-known for his dialogue in Idharkuthane Aasaipattai Balakumara in which he appeared in a comic role.

Following his participation in Bigg Boss S2, Daniel became a known face and landed more opportunities in films. He will be next seen in the upcoming action thriller 'Maanadu' directed by Venkat Prabhu and starring Simbu, Kalyani Priyadarshan, and SJ Suryah.

Recently, alleged screenshots of private messages between Daniel and a 17-year-old girl emerged, accusing the actor of asking for photos and phone numbers of girls on social media. Take a look at the screenshots here: 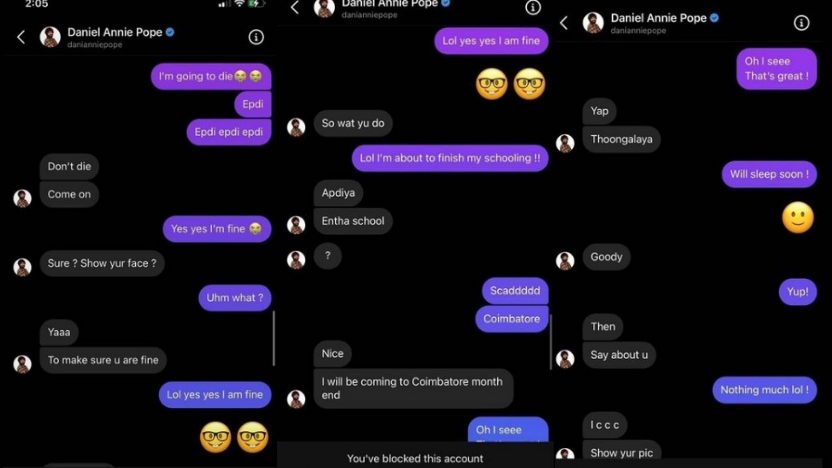 Initially, Daniel maintained silence over the issue, but when it started spiraling out of control, he denied making such advances towards women on social media. This is Daniel's statement in response to the sexual harassment accusations:

Daniel has been married to Denisha Sahadevan for several years and welcomed his firstborn son Kayson last year.