Many Kollywood heroes seldom attempt antagonistic roles while being at the peak of their careers, with an exception for a few actors including Vijay Sethupathi. However, these actors went beyond and showcased their versatility by playing a charming hero and a fearsome villain in the same movie: Ulaganayagan Kamal Haasan played both the hero and villain in a movie not just once, but the actor has pulled it off successfully twice! The actor played a "twin brothers" role in 'Aalavandan' - where one ended up being the protagonist and another one being the antagonist who suffers from extreme psychosis. Years later, the actor created a world record by playing 10 different characters in 'Dasavatharam' - where he also played both the hero and villain of the movie. 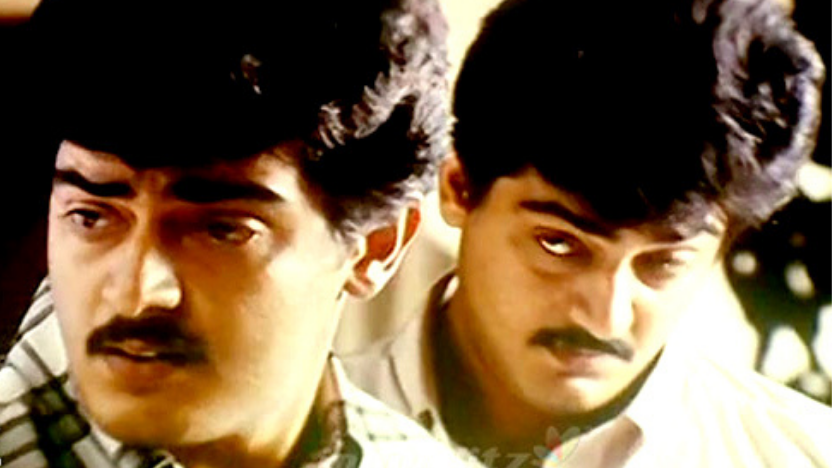 Similar to Kamal, Thala Ajith has also attempted a hero-villain role twice in his hit movies 'Vaali' and 'Varalaru'. The actor played "twin brothers" who fall in love with the same girl in 'Vaali' and played triple roles (long-separated twin brothers and their dad) in 'Varalaru'. The actor bagged Filmfare Awards for his impeccable acting in both films. Thalapathy Vijay played a dual role in his film 'Azhagiya Tamil Magan' as a thief and an idealist. The romantic thriller revolves around the protagonist who gets visions of the future happenings and the identical bad guy who manages to take advantage of the situation. While the movie received average reviews, Vijay was praised for his flawless hero-villain performances. Superstar Rajinikanth made his cinema debut as a villain before emerging as one of the most successful actors in India. While the actor has played many dual roles in the past, he only played both a hero and a villain in his blockbuster hit movie 'Enthiran', directed by S. Sankar. Rajinikanth played a scientist and a falsely instructed robot in the movie, which remains one of the highest-grossing South Indian films even after 12 years of its release. Chiyaan Vikram played a hero and a villain in 'Iru Mugan', in which he pulled off the role of a suspended RAW agent and a criminal scientist. As usual, Vikram added oomph into his roles with variation in his looks. While the dedicated actor gave a stellar performance - especially as the villain, the storyline became a letdown instead.
#Kollywood#Entertainment#Rajinikanth#kamalhaasan#vijay#thalapathy#Thala#Vikram#ajithkumar#dualrole