Six Interesting Facts About Lokesh Kanagaraj; the Man Behind 'Vikram'!

Lokesh Kanagaraj's films never fail to thrill and captivate the audience. Whether it's the gritty action-drama 'Kaithi' or the blockbuster hit 'Master' starring Thalapathy Vijay, Lokesh has proven his prowess as a director time and time again.

However, 'Vikram' is not like any other project. He's directing three of our generation's most renowned artists: Kamal Haasan, Vijay Sethupathi, and Fahadh Faasil, all of whom are talented actors in their own right.

According to the smashing reviews, 'Vikram' seems to be another addition to Lokesh's box-office hit films. So, who is Lokesh Kanagaraj, and how did he become one of our generation's most sought-after young directors?

Let's look at six interesting facts about the man behind 'Vikram' and the reported cinematic universe he's developing!

Lokesh is a Fashion Tech and MBA Graduate

Lokesh was born at Kinathukadavu, Coimbatore, on 14 March 1986. He has three brothers: Aravind Gnanasambandam, Ashwin Venkatesh, and Prashanth Gnanasambandam. After completing his education at Palaniammal Higher Secondary School, Lokesh attended PSG College of Arts and Science for Fashion Technology. Later, he earned his MBA from Anna University.

Lokesh Was an Ex-Bank Employee

Lokesh got a job as a bank employee after finishing his MBA and worked for a private company in Tiruppur for four years. Much was known about him at this period, except that his enthusiasm for filmmaking never wavered, even after working in the corporate sector.

Lokesh married Aishwarya Lokesh on 8 January 2012, after being engaged for nearly a year; the couple has two children, daughter Adhvika Lokesh and son Aarudhra Lokesh. His daughter was born on their wedding anniversary.

His Journey Began at a Short Film Competition

He made his directorial debut with the short film 'Acham Thavir,' which won Best Director, Best Film, and Best Actor at the Clubace Short Film Festival. The comedic short film focused on the importance of music in our lives and how we are all heroes in our own right.

Karthik Subbaraj is His Mentor 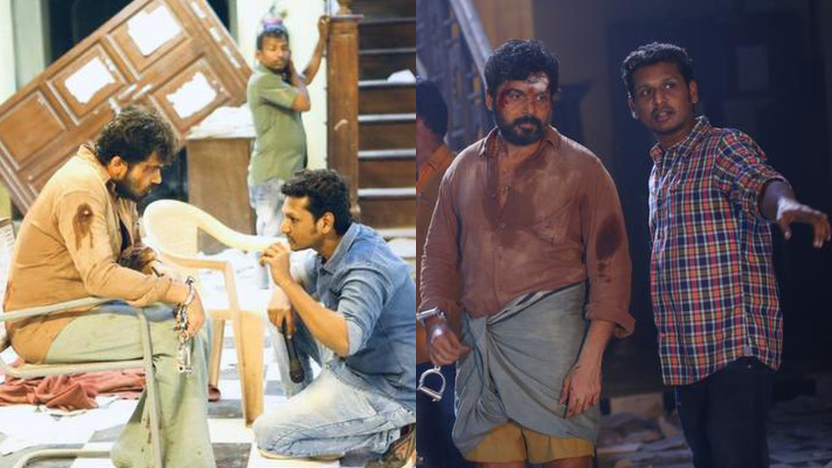 'Maanagaram' Was His Big Break

He directed his debut feature film, 'Maanagaram,' released in March 2017. The film was a commercial success and was critically acclaimed. Even superstars like Rajinikanth and Kamal Hassan praised the film.

The success of Maanagaram grabbed the attention of actor Karthi who then worked with him in 'Kaithi.' The action thriller film, which was released in 2019, received positive reviews from critics and audiences alike.