These are the Kollywood artists who turned from reel couples to real-life couples...

mag
In a baffling place like Kollywood where relationships tend to be fragile, several celebrities have found their better halves on the sets of their films in the form of their co-stars. These are some of the Kollywood artists who turned from reel couples to real-life couples: Arya and Sayeesha's wedding announcement came as a surprise as the couple has an age difference of 17 years. While it was rumoured that the couple fell in love on the sets of 'Ghajinikanth', the couple later revealed that it was an arranged marriage. The couple remained friends during the movie shooting, but Arya's parents approached Sayeeshaa's parents asking for their daughter's hand in marriage. The couple tied the knot in 2019 and was blessed with a baby girl named Ariyana. 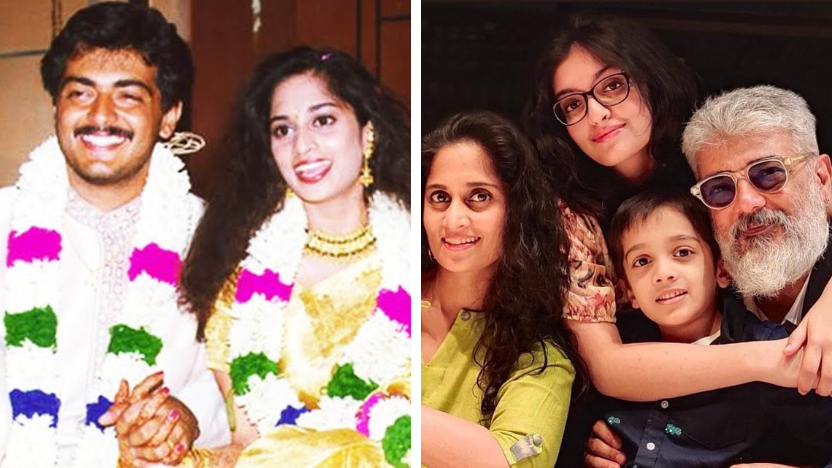 Actor Ajith and Shalini are one of Kollywood's most famous star couples who fell in love on the set of 'Amarkalam'. In an interview, Ajith revealed that Shalini refused to play the female lead in the movie as she wanted to further her studies and he had to convince her to play the part. The couple grew close together after he accidentally slashed her hand during the first scene, and they tied the knot a year later. The couple has two adorable children - Anoushka and Advik. 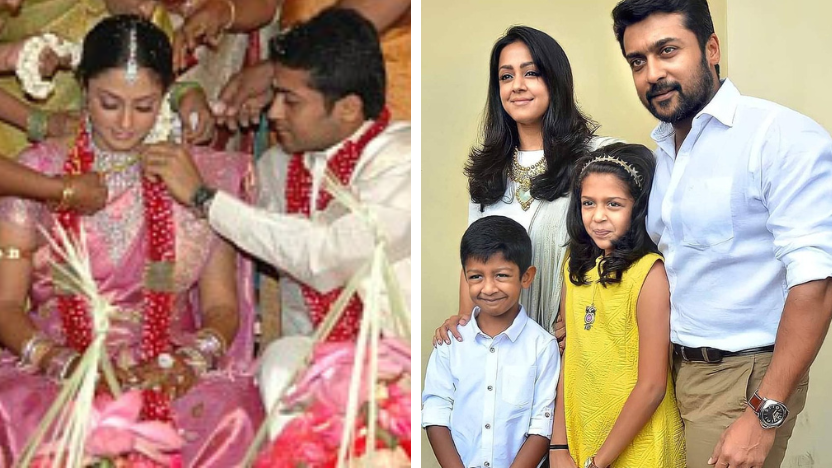 Suriya and Jyothika met on the sets of 'Poovellam Kettupar' in 1999, but the couple didn't fall in love with each other until 2001. During that time, Jyothika has already established herself as a well-known actress, while Suriya was still struggling to create a name for himself in the industry. It was Jyothika who got him the role in 'Kaaka Kaaka' which gave him a big breakthrough, and the couple began dating as well. After convincing their families, they tied the knot in 2006. The couple has two children named Diya and Dev. 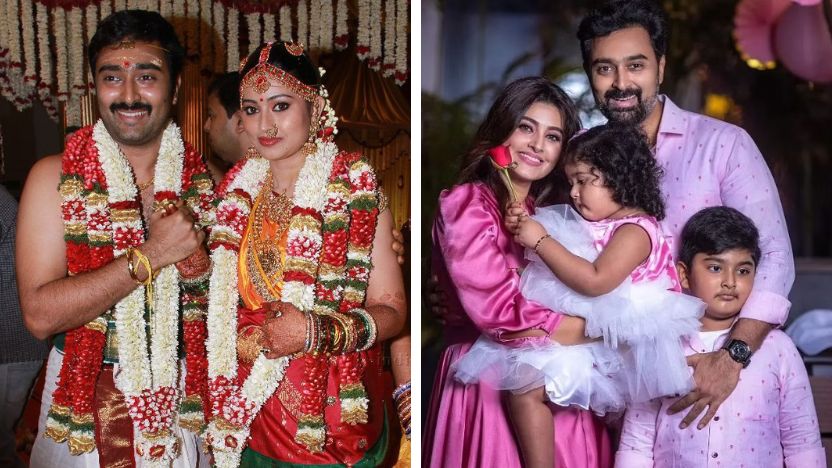 Prasanna and Sneha worked together in the movie 'Achamundu Achamundu' in 2009, and it was director Arun Vaidyanathan who became the main reason for their union. To boost their chemistry for the movie, the director has asked the couple to attend a crash course. But despite that, both Sneha and Prasanna remained friends before realizing the spark between them. The couple took some time to convince their parents and tied the knot in 2012. They have two children named Vihaan and Aadyanthaa. 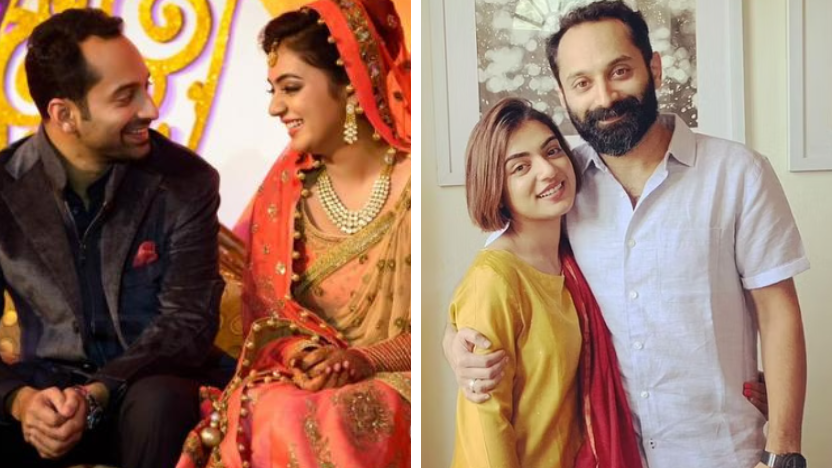 Fahadh and Nazriya co-starred in the award-winning movie 'Bangalore Days' where they played the role of a married couple. In an interview, Fahadh revealed that Nazriya walked up to him out of the blue, asked him to marry her, and assured him that she would take care of him for the rest of his life. Later their parents arranged their wedding and the couple tied the knot in 2014.
#Love#Entertainment#arya#shalini#sneha#Ajith#Thala#jyothika#Suriya#ak#Prasanna#fahadh#nazriya#realcouple#reelcouple#sayyeeshaa