Then & Now: Kollywood Couples Who Are Happily Married For Over Three Decades!

These celebrity sweethearts have learned the secret of a lasting marriage and have had over three decades of blissful marriage:

mag
These celebrity sweethearts have learned the secret of a lasting marriage and have had over three decades of blissful marriage: The love story of Superstar Rajinikanth and his lady love Latha begin in the early 80s when the actor was shooting for the evergreen movie 'Thillu Mullu'. Latha who was a student at that time interviewed the actor, and the couple found many common interests during their conversation. Rajinikanth immediately asked for her hand in marriage, and later the couple tied the knot in February 1981 with their parents' blessings. The couple is still happily married after 41 years and has two daughters - Aishwarya and Soundarya. Actor Sathyaraj got married to the love of his life Maheshwari in 1979. Sathyaraj was a seasonal actor during their marriage who only plays antagonist, and Maheshwari was the niece of a film producer. It is not clear if it was a love or arranged marriage, but they have stayed happily together through thick and thin for 43 years. The couple has two children - Sibiraj and Dhivya. 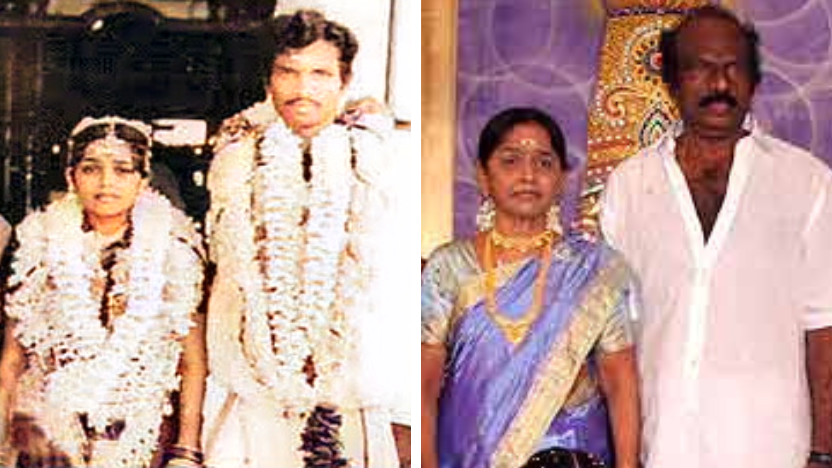 Goundamani is one of the top Kollywood comedians of all time. The actor got married to his spouse Shanti, a yesteryear actress, in 1963. The couple is still happily married after 59 years of togetherness and has two daughters - Karupaiyya Sumithra and Karupaiyya Selvi. 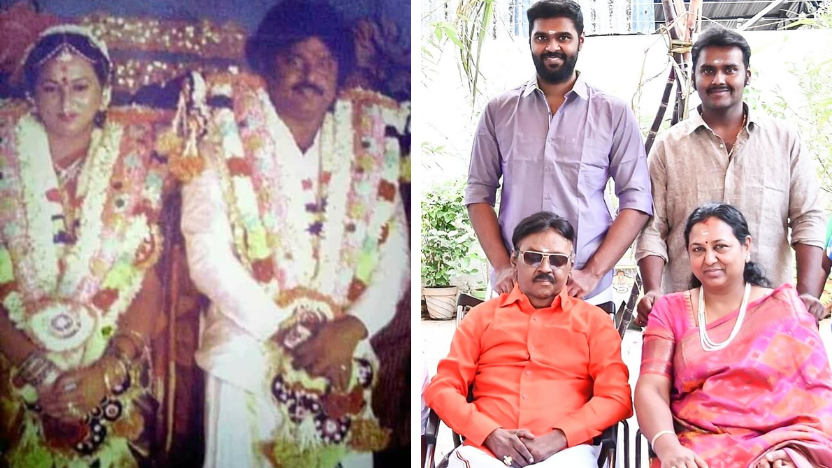 Vijayakanth and Premalatha met in 1990 when the actor was already a leading actor in Tamil cinema. It was an arranged marriage, and the couple tied the knot in January 1990 after having horoscope compatibility. The power couple is still blissfully married after 32 years, and she became his trusted aide in his cinema and political career for years. The couple has two sons - Shanmuga Pandian and Vijay Prabhagar. Suhasini was a leading actress in the 80s when Mani Ratnam started to create a name for himself in the industry. When the director proposed to the actress, she refused by making it clear that she was only interested in marriage. He agreed and the couple got married 34 years ago in 1988. The couple has a son named Nandhan. 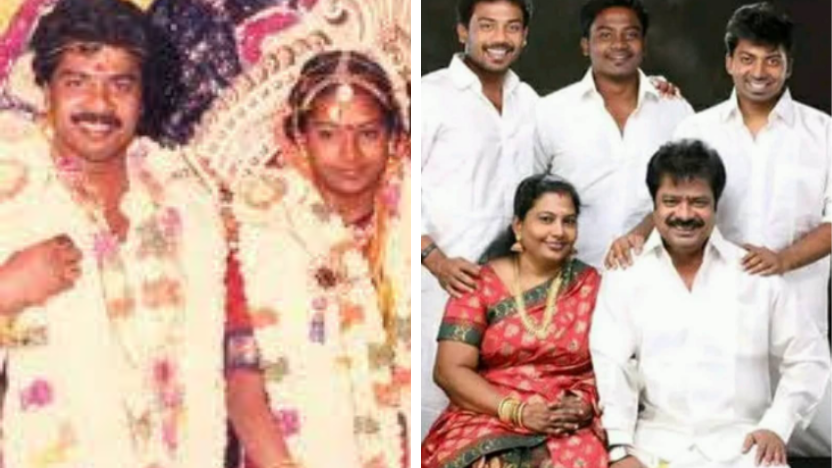 Actor Sivakumar made his cinema debut in 1965 and gradually became a leading actor in Tamil cinema. He married his wife Lakshmi Kumari in July 1974, and the couple has three children namely Brindha, Surya, and Karthi. The couple is blissfully together for the past 48 years. Actors Arjun and Niveditha met for the first time on the sets of 'Doctor Gari Abbayi'. Niveditha was the daughter of Kannada star Rajesh. When Arjun got injured during the shooting, he was rushed to the hospital and he saw Nivedha shedding tears for him. He asked her hand in marriage and the couple tied the knot in 1988 when they were 25 and 17 years old, respectively. The sweet couple are together for the past 34 years and has two daughters - Aishwarya and Anjana. Actors Jayaram and Parvathy co-starred in a film together in 1988 and the couple kept their relationship a secret from the media and their co-stars for several years. But their relationship was exposed by actor Sreenivasan who noticed that they interacted with everyone except for each other on the sets. The lovely couple tied the knot in 1992 and has two children - Kalidass and Malavika.
#Entertainment#Rajinikanth#arjun#marriage#vijayakanth#couple#Bhagyaraj#Poornima#Suhasini#maniratnam#sathyaraj#jayaram#Sivakumar#pandiarajan